I didn't. Technically. So I had to look it up, even though I buy and sell this style of sweaters regularly. Fair Isle according to Wikipedia says this: "Fair Isle is a traditional knitting technique used to create patterns with multiple colors. It is named after Fair Isle, a tiny island in the north of Scotland, that forms part of the Shetland islands."

So there you go. I think this term is used loosely today with modern sweaters and cardigans as there's a now a variety of patterns and colors that vary from the traditional Scottish patterns and colors. But, it doesn't make me love it any less.

This cardigan is beautiful to me not only for the fair isle pattern but for the black in it! I paired it with modern touches of course, slashed jeans, boots, hand made leather belt. But adding a cardigan, albeit vintage, makes it a stunning and unique outfit.

Fair Isle Cardigan: Perennial Vintage ◄- Still for sale as I write this!
Jeans: Old Navy ◄
Belt: Made to order- my husband makes them and I hope to sell them in my Etsy shop soon! 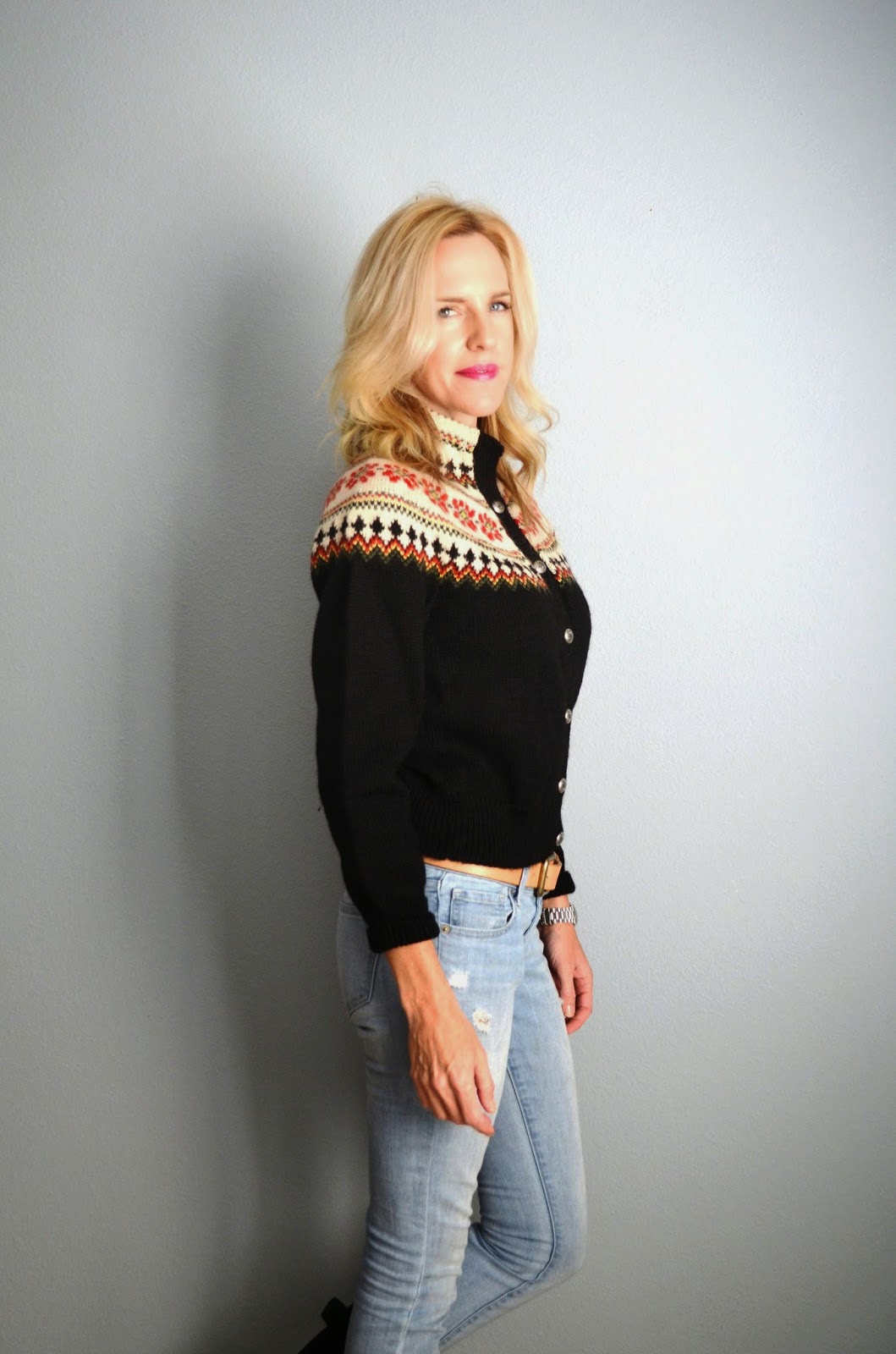 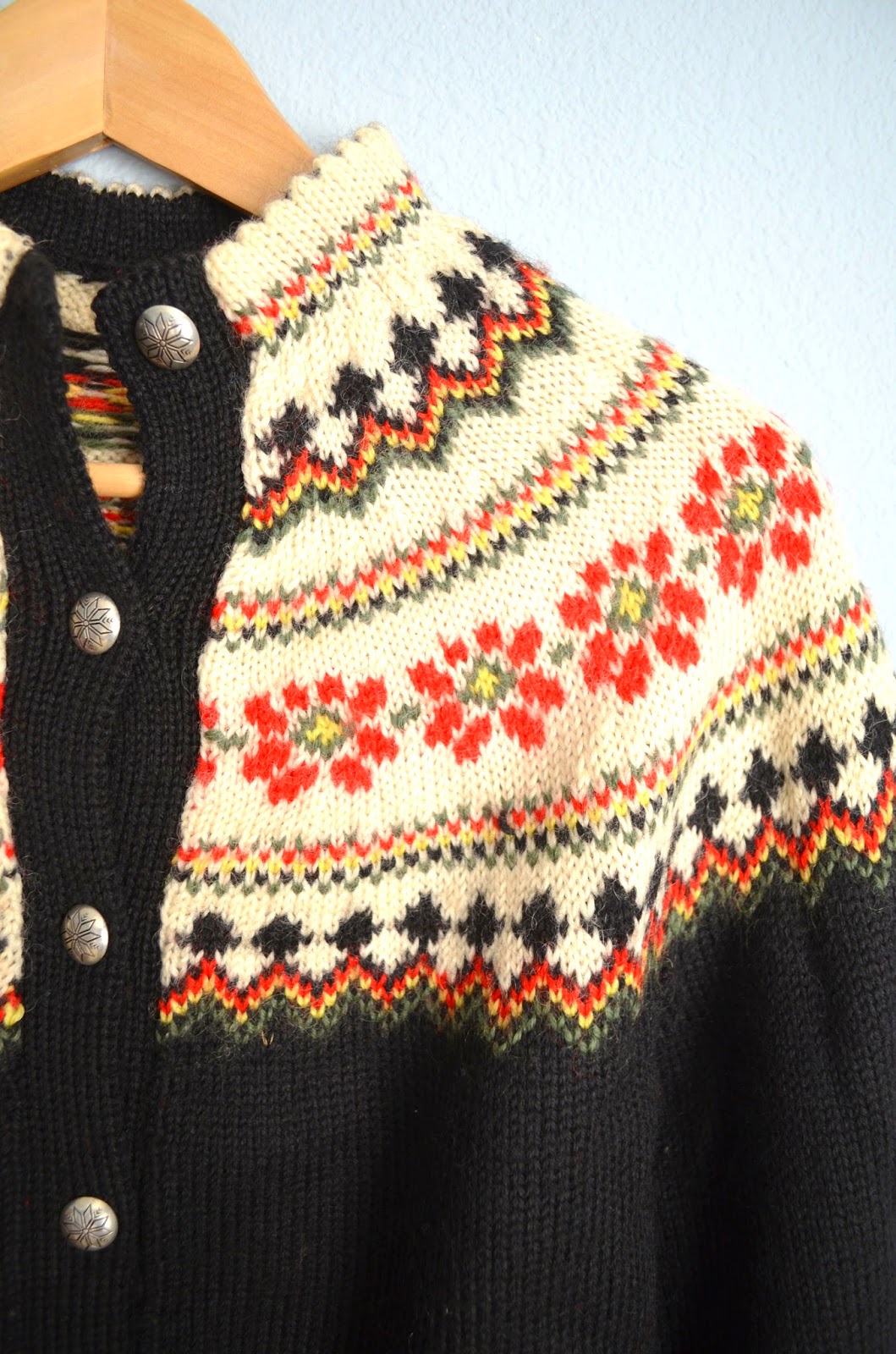 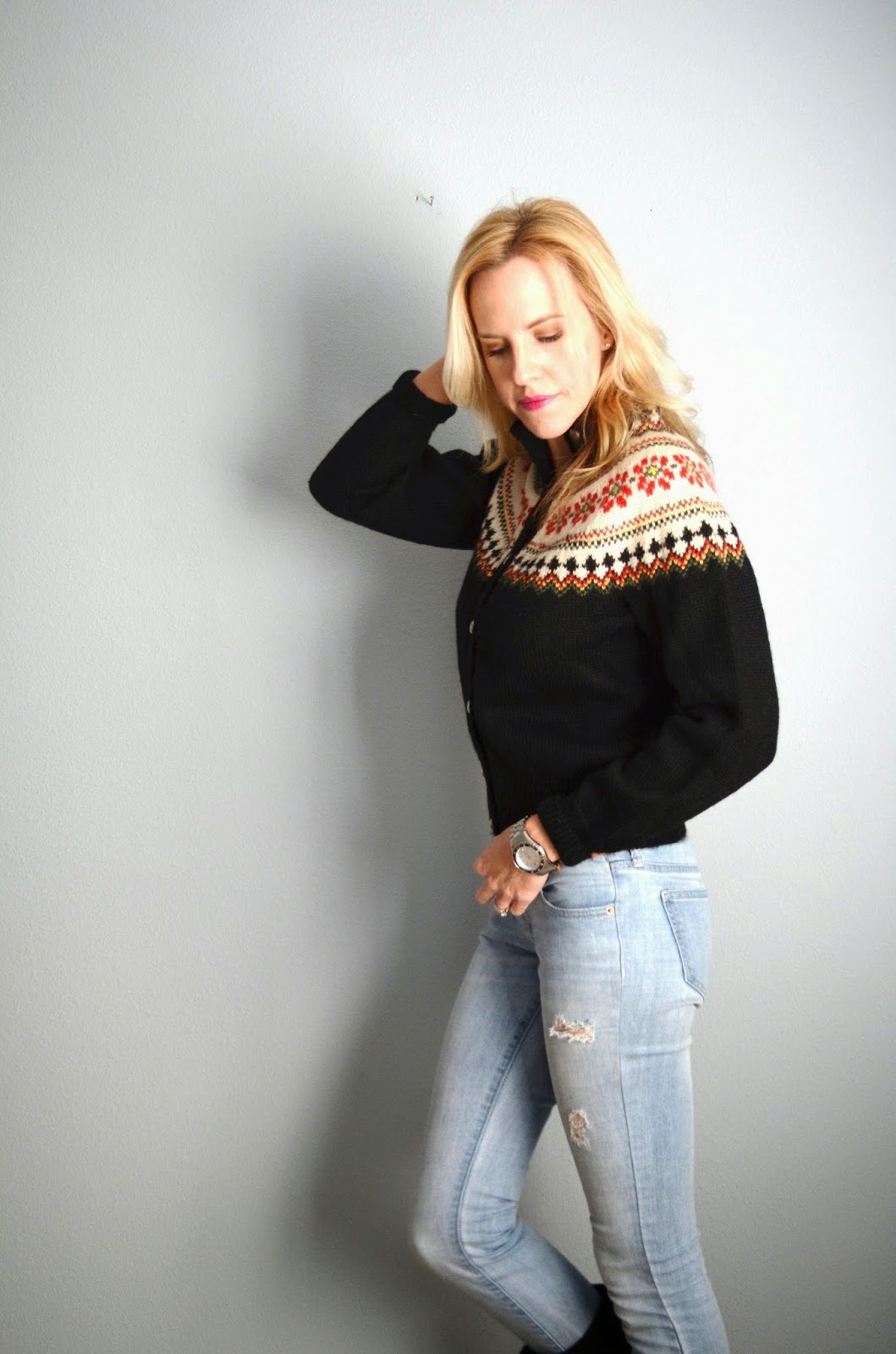 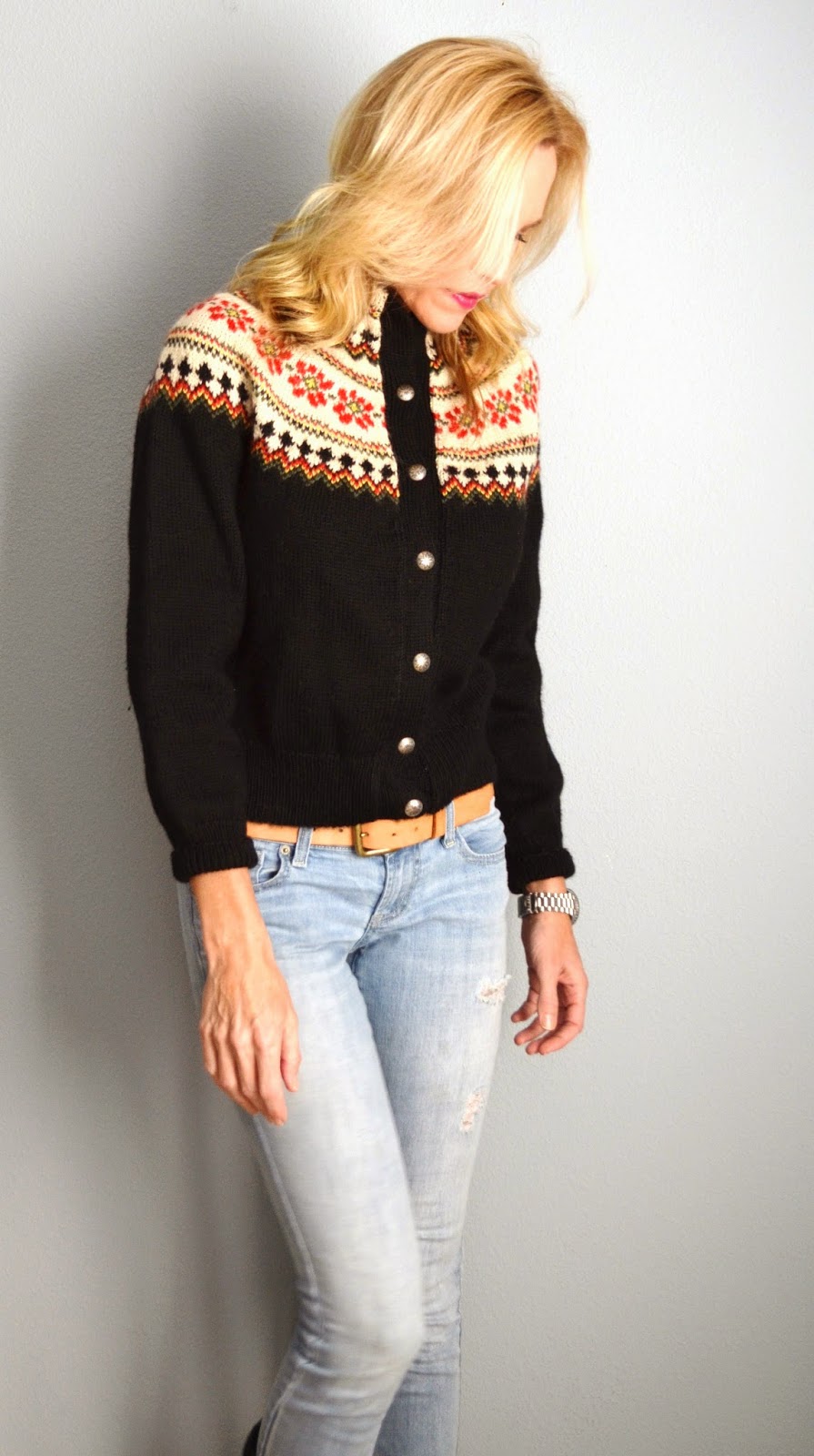 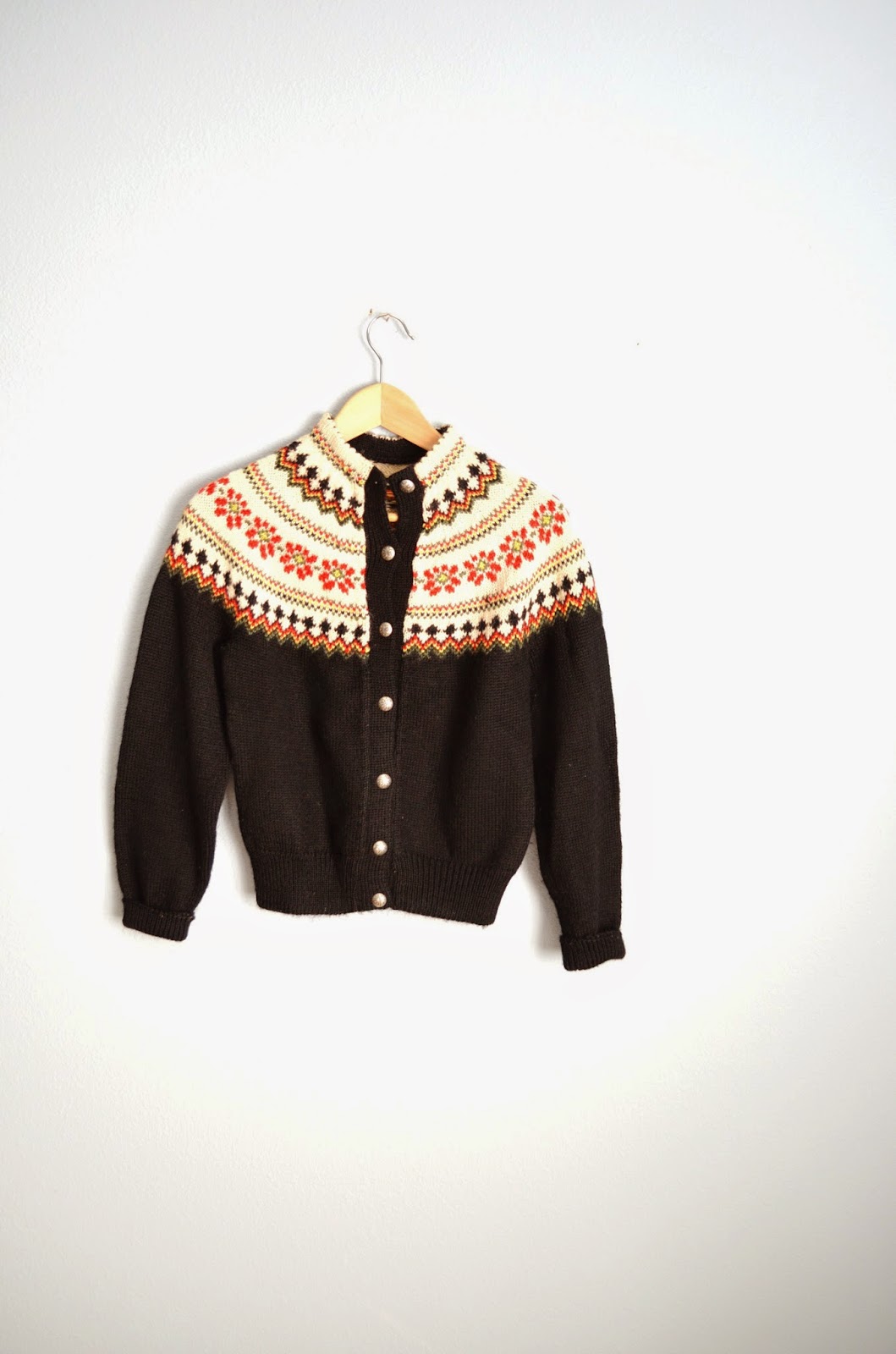 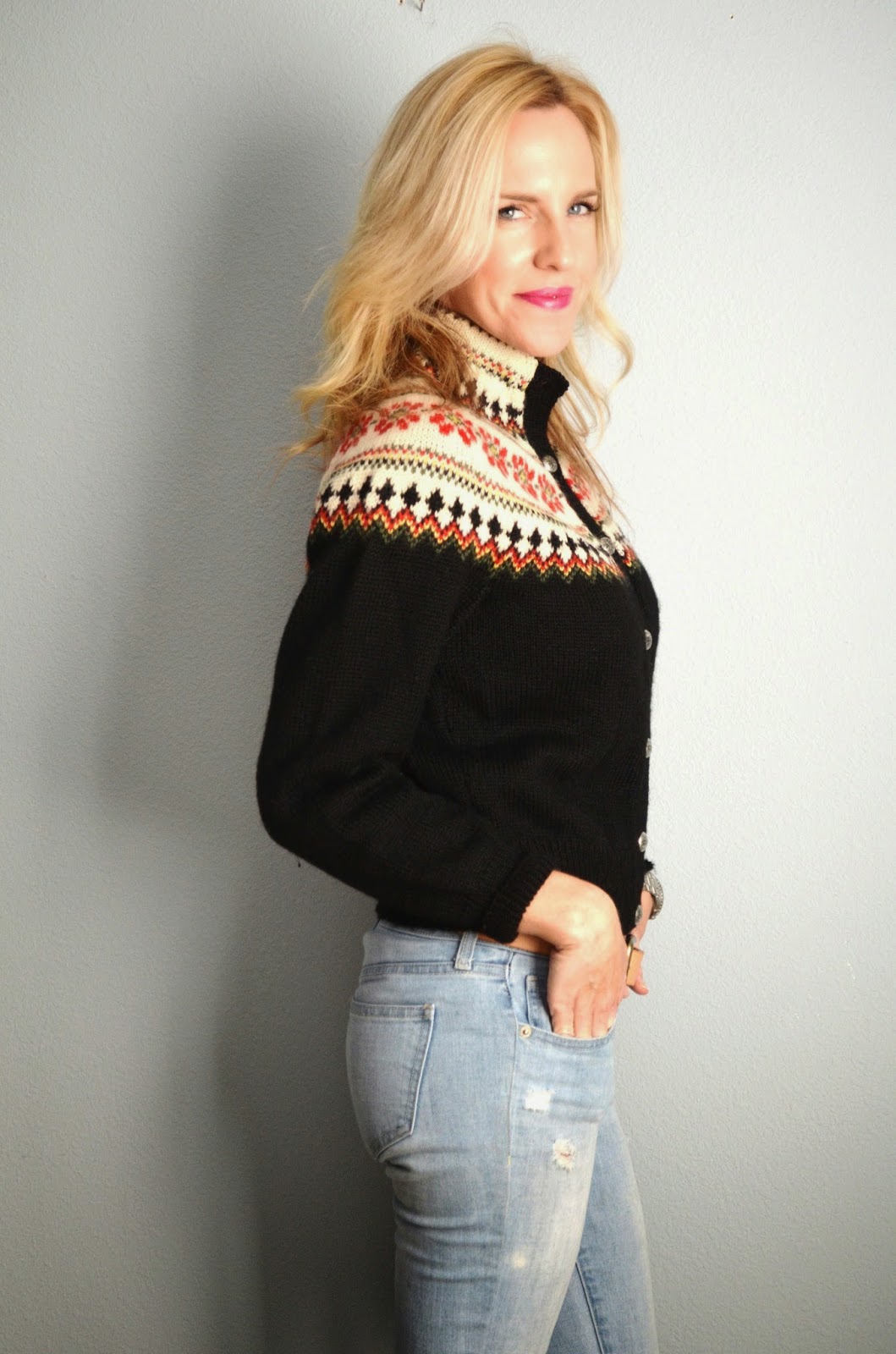